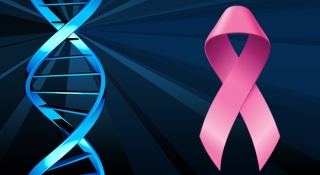 Roughly two weeks after the referral was sent in by my oncologist, I had an hour long telephone appointment regarding genetic testing with one of the genetic counsellors at the Hereditary Cancer Program. She asked me if I understood what genetic testing was and the possible outcomes if I tested positive for one of the gene mutations. My oncologist had already explained to me that if I tested positive, recommendations for risk-reducing surgery would likely be put in place which may include a bilateral mastectomy (removal of both breasts) and oopherectomy (removal of the ovaries). It was a scary thought but at the same time was relieving knowing I had options out there to possibly prevent recurrence or development of other cancers.

There are certain referral criteria that must be met in order to qualify for genetic testing. These include having multiples of hereditary cancers such as breast, ovarian and colon cancers in close relatives, or being diagnosed with a hereditary cancer at a young age. Being under 35 and diagnosed with breast cancer, I was eligible to get tested for the 14 gene mutation panel, including the BRCA1, BRCA2, and TP53 gene mutations. Women with a BRCA1 or BRCA2 gene mutation have a 60% chance of developing breast cancer in their lifetime and also have a heightened risk of developing ovarian cancer. Whereas, a TP53 mutation increases a person’s risk of developing multiple cancers including leukemia, breast, ovarian, pancreatic, bone, and brain cancers. This mutation is a lot rarer to find in people than the BRCA1 + 2 but it was worth testing for given the extensive history of cancer in my family.

In order to get tested, all I needed to do was provide a quick blood sample at the hospital which would then be expedited over to the Hereditary Cancer Program in Vancouver to determine whether I carried the gene mutation. The testing could take up to 8 weeks in total. If a mutation was found, then recommendations would be put in place for risk-reducing surgery and increased surveillance and my family would need to be tested as well as they would have a 50% chance of carrying the gene mutation. If no mutation was found, that was considered a good thing as I wouldn’t be at as high of a risk of recurrence or developing particular cancers; however, I may still have a gene mutation that just hasn’t been discovered yet and may not be for some years. I thought given my family history that there must be a gene mutation somewhere which would provide me with an answer in a way as to why it was so prevalent on my mom’s side. As much as I was anxious to get the results though, I had to get it out of my head for awhile as I had other things to focus on, primarily getting through chemo. 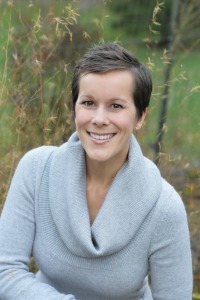